The Sugar daddy etymology is not perfectly clear. The first recorded use of the term is in a surreal tale published in the Syracuse Herald in 1923. Some sources claim the term was in use as early as in 1908. According to this alternative sources, the term originated in California as a result of a union between Adolph Bernard Spreckels and Alma de Bretteville. Spreckels, the scion of the Sugar Family of California, was 23 years older than his fiancé. The only print supporting the use of the term in 1908 was written by Joseph Potocki in 2009. 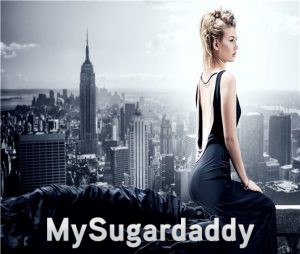 Daily newspapers in major cities, such as New York, played a crucial role in the sugar daddy etymology. One notable daily that contributed to the adoption of the term is the Kingston Daily Freeman. The newspaper used the term “heavy sugar daddy” while reporting a story about the suspicious death of a young woman in a New York apartment. The young woman was in a secret relationship with a 50-year-old tycoon who showered her with gifts and paid for her apartment.

How the term was popularized

Sugar daddy etymology is closely linked to the Broadway’s criminal world. Even before the adoption of the term, the word sugar was a slang term for money. Heavy sugar refers to lots of money. The word sugar was also popularized by African-Americans through their blues lyrics, which were popular among the White population living in New York at the time. The word was used in Blues lyrics to express affection.
Herbert Corey is a Broadway author who made a significant contribution to the sugar daddy etymology. Corey, however, remarked that the term would only be popular for a short while. Corey was wrong about the nature of the sugar daddy etymology, though. The term is still popular to this date to describe arrangements and mutually beneficial relationships between rich men and attractive women.

By Lukas All Posts