Successful sugar daddy dating depends on having an arrangement and sticking to it. An arrangement is a relationship where the parties involved agree on rules and boundaries that each must adhere to. For example, rules may include not calling at certain times. Most of the men in sugar daddy dating sites are seeking non-traditional forms of relationships because they do not have the time to invest in a normal relationship, lack the will, or are married. It is important for sugar babes to bare this in mind when entering a relationship to avoid developing feeling or creating drama. 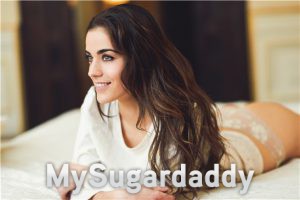 Sugar daddies are willing to pay money to avoid drama in their life; therefore, sugar babes should define what they expect from a relationship in the beginning as much as a sugar daddy should. Sugar daddy dating is something that has evolved with the changes in the society. Men who seek relations of this nature are often lacking something in their relationship. For example, a married man may seek the companionship of an attractive woman because his wife is a career woman who does not have time for the little things they used to do. A women may be in such a relationship because she needs tuition money, like traveling, or just about anything. being clear from the onset is the most important aspect.

There are some rules a woman must be willing to adhere to for her to successfully engage in sugar daddy dating. The most important rule is privacy. Sugar daddies do not want their relationships exposed. The woman should avoid wearing strong perfumes that are likely to stick on a man’s cloth. The woman should also not wear lipstick that is likely to stain a man’s clothing. Sugar daddy dating is something out of the ordinarily; therefore, sugar daddies are often seeking something out of the ordinarily. Sugar babes should always remember to be sophisticated and good company at all times.