In the online dating world, sugar dating is often touted as having the “rich dad unfair advantage” over millionaire dating. Why? To put it bluntly, being a rich dad on a sugar dating site is like “having your cake and being able to eat it, too”. What does that mean, exactly? The phrase “home court advantage” is frequently used in the world of sports to signify the perceived advantage a team has against their adversary in a match or game played on a team’s home turf, so to speak. In order to understand what this means for mutually beneficial arrangements, you’ll need to know more about the players who inhabit the worlds of sugar dating and millionaire dating and the players’ ultimate goals. Once you understand that, you’ll understand the difference between sugar dating and millionaire dating. Suddenly, the “rich dad unfair advantage” concept will become abundantly clear! 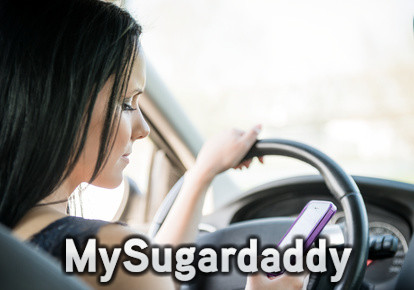 In the world of sugar dating, there is the sugar daddy and his sugar baby…Ruling atop the proverbial Mount Olympus is sugar dating’s own version of Zeus: an accomplished, well-to-do and hopefully attractive sugar daddy a.k.a. “rich dad” who may, or may not be married. He’s more than willing to part with some of his hard-earned money in exchange for the convenience of having an attractive, young woman, called a sugar baby, grace his arm as she accompanies him to various social events, acts as his escort, provides him with companionship as well as other “favours” of a more sexual nature. Is the “rich dad unfair advantage” starting to make sense yet? Not yet? Okay, let’s keep going.

The sugar baby, on the other hand, is young, beautiful and bright…and she needs money. More often than not, she’s a college student tired of working two part-time dead end jobs that give her sore feet, a headache and a never-ending sense of futility. The sugar baby can also be a nine-to-fiver, new to the city, whose unprepared for the extra expenses and high rents associated with city living. Dumping the extra jobs or seeking help with the high living expenses like tuition, rent money, panty hose and gas can help a sugar baby immensely. However, not every sugar baby is the same.

Maybe the sugar baby in question has had a privileged upbringing but her family has disinherited her or the family money was inadvertently squandered away. Since being out on her own, the sugar baby needs the extra cash to maintain her lifestyle perks – regular spa treatments, some high-end retail therapy that only Chanel and Gucci can provide, as well as getaways to exotic locales where the palm trees sway and the sand is as pristine as the turquoise ocean it surrounds. Are you starting to see how the “rich dad unfair advantage” concept fits into the sugar daddy’s plans?

Turning now to the world of millionaire dating, you won’t find the “rich dad unfair advantage” concept here. Here, there are two kinds of “players” that inhabit this world – the first being the millionaires who want to date each other…She spent her twenties doing nothing but cramming and studying in the hopes of making it as a doctor and now she’s one of the world’s renowned cardiothoracic surgeons who spends endless hours in the operating room performing life-saving surgery. At the pinnacle of her career, she makes the big bucks but can’t help thinking of her biological clock – and the fact that she hasn’t had anything resembling a date in the past eight months…

He’s a titan of the online retail industry who tirelessly drinks, eats and sleeps innovation in the world of online retail. His divorce was two years ago and he hasn’t had a date since then…He’s a hedge fund millionaire who likes to work hard, live hard and play hard but his last venture into dating resulted in a palimony suit from which he’s still trying to extricate himself…It had always been his dream to play basketball from the time his old man had taught him to dribble a ball. Thanks to his towering height and his skills with a ball, he can effortlessly land a basket from halfway down the court. The only problem is, being on the road all the time doesn’t exactly lend itself to putting himself on the path to finding Mrs. Right…Definitely no “rich dad unfair advantage” concept here!

Millionaires look for arrangements that help both

The second kind of people in millionaire dating are the beautiful people who want to date the millionaires…Her face has graced the covers of Vogue, Vanity Fair and Cosmo. She’s been the face of a well-known cosmetics line for the past three years and is tired of the endless come-ons and the repulsive jerks who think they can get into her panties just because they bought her dinner…She’s a YouTube superstar, thanks to an infectious personality and a talent for promoting a great video game. Too bad her talents haven’t led her to snagging the right guy. Despite her antics on YouTube, all she wants is the fairy tale wedding and the white picket fence surrounding her McMansion, with 2.3 kids playing in the backyard. Is that too much to ask?

Sugar dating involves a sugar daddy a.k.a. rich dad and a young, attractive sugar baby who needs money. It involves one party having and the other party needing. The goal is to bring these two parties together so that both can find each other and work out a mutually-satisfying “arrangement” whereby the sugar daddy will offer money to the sugar baby during the course of their relationship in exchange for her companionship, with or without sex. Sugar dating isn’t about monogamy or a happily-ever-after. More often than not, the sugar daddy is married or the sugar baby already has a boyfriend. It’s about finding the right sugar baby or the right sugar daddy or daddies, as the case may be, reaching a mutually-satisfying agreement based on the provision of money and then fulfilling the terms of the agreement for as long as the two parties wish to continue their arrangement.

Sugar dating provides the perfect outlet for two like-minded parties, namely, the sugar daddy and the sugar baby, to find each other and establish a business relationship. While enjoyable sex may play into the relationship, long-term love does not. More importantly, there’s flexibility in the arrangement in that either party can have arrangements with more than one individual at the same time, unless their arrangement has an exclusivity clause. From a married sugar daddy’s perspective, a sugar daddy looking to spend some time, travel or engage in sex with a younger woman without the complications of a regular relationship is certainly having your cake and eating it, too. Depending on which side of the fence one straddles, it whole-heartedly promotes the “rich dad unfair advantage” concept to the fullest!

The concept behind millionaire dating is entirely different. It’s people of the same ilk, or beautiful people wanting to meet millionaires, for the purposes of finding true love or establishing a long-term romantic relationship, usually of the monogamous variety. While having financial means is still an important component of the relationships, the provision of money does not play into the structure of the relationships involved. Here, finding Mr. or Mrs. Right, the perfect wedding dress and church, having the perfect wedding, finding the perfect house(es), having the perfect family and living happily ever after is the promoted concept.

A player’s ultimate goal will determine whether he or she is more suited for sugar dating or millionaire dating or whether the “rich dad unfair advantage” concept has a meaning in his or her world. The sugar baby who is searching for one or more sugar daddy to keep her in the style she’s accustomed to, without the hassles of a regular dating relationship involving feelings and families, will opt for sugar dating.

She’s a practical gal who’s given a great deal of thought to her end goal and what she’s willing to do to reach that goal and won’t be swayed by societal considerations nor will she care about the “rich dad unfair advantage”. Similarly, a sugar daddy who’s married and simply looking for an attractive younger woman to travel with or to indulge and doesn’t mind forking out the cash for the pleasure of her company, will usually also turn to sugar dating. Emotional investment isn’t a goal for either a sugar baby or a sugar daddy. The “rich dad unfair advantage” will be understood and envied by some, to be sure.

Rich dad unfair advantage? Why both sides benefit from arrangements

Dealing with looming deadlines, creating strong business alliances, travelling for one’s work and being unable to disengage from work for any length of time are all hallmarks of a successful working professional. Trust funds, the right schools, staffing problems, charity events and an obligatory visit to the family’s winter estate in Palm Beach are subjects familiar to the wealthy. Rich upwardly-mobile professionals and trust fund heirs such as these who are looking for a long-term meaningful relationship with someone of their own ilk will turn to a millionaire dating site. They won’t be swayed by the “rich dad unfair advantage” concept.

Similarly, beautiful young women who may or may not be successful in their own right are looking to find their own happily ever after will also turn to a millionaire site over a sugar dating site. In both cases, emotional investment, like-mindedness and a willingness to commit long-term are important qualities for those seeking to find the perfect mate on a millionaire dating site. Truth be told, there’s no place here for the “rich dad unfair advantage” concept.

Getting the most out of your rich date 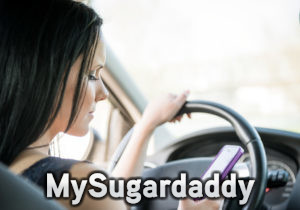 At the end of the day, the player’s ultimate goal will determine the type of dating site he or she will choose. So, have you figured out yet why sugar dating is often touted as having the “rich dad unfair advantage” over millionaire dating and why being a rich dad on a sugar dating site is like “having your cake and being able to eat it, too”? No? Well, let’s put it this way. A rich dad has the so-called “unfair advantage” because he can be married while having all of the fringe benefits of a young, single guy – a hot, young woman on his arm, great sex and no entanglements – in other words, having your cake and eating it, too! Nice…

What does a sugar baby get out of the commitment she makes?

So, it looks like sugar dating does have the “rich dad unfair advantage” over millionaire dating. At the end of the day, though, who’s going to complain? Certainly not the sugar daddy willing to part with some of his cash for the pleasure of some young, female company and certainly not the pretty young sugar baby hoping to feather her nest with some extra cash to take care of business, as the saying goes. Rich dad unfair advantage be damned. All’s fair in the name of business between two consenting adults, wouldn’t you say?

By Lukas All Posts