The Sugar Daddy Junior Pop is described as a “Delicious Milk Caramel Pop”. It’s essentially a hard caramel sucker. It also had a tag line that read: “The flavour lasts a lifetime”. The regular size is called Sugar Daddy while the small version is the Sugar Daddy Junior Pop. The non-stick wax wrapping is yellow with red letters for Sugar Daddy and blue or red for the descriptions. At one point, it was possible to received animal collector cards in the Sugar Daddy suckers that had pictures on the front and nature facts on the back. They were primarily marketed to children, as expected with candy, but also had commercials with adults in them. 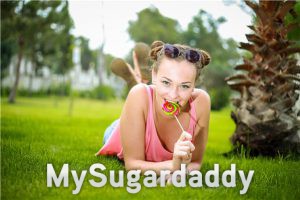