Sugar Daddy Documentary and their differences

Public interest in Sugar Dating has risen in the UK. The routine of daily life is eased by learning about things outside our everyday experiences. This is one of the reasons why reality television and online video channels have become so popular. The Sugar Daddy documentary is a natural extension of this trend. 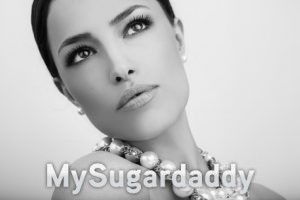 The latest Sugar Daddy Documentary was via the BBC

Reporting on this phenomenon required the creation of new terms. Language is forever evolving, and this is one modern example that demonstrates why. The word SPONSOR was used interchangeably with SUGAR DADDY Sought after SUGAR RELATIONSHIPS were described as “MUTUALLY BENEFICIAL” relationships.

Things have not changed very much since that 2012 Sugar Daddy Documentary. The subject continues to attract watchers, listeners and readers.

The latest Sugar Daddy Documentary was via the BBC. Emma Jane Kirby interviewed Sugar Babies in the UK. Most said that they were using the money they receive from their sponsor to fund their degrees. The focus of this piece was to explore which of the two parties if any could be considered as being exploited. It never answered the question but was entertaining.
The most comprehensive Sugar Daddy Documentary is possibly the one shown in the UK in December 2014. This film was called Daddies Date Babies. Despite the cringe-worthy title, the documentary followed the experiences of a variety of young ladies, mostly students funding their studies. It highlighted the scope of Sugar Daddy type arrangements. The different exploits portrayed showed some of the potential benefits as well as highlighting the risks. Experiences range from a Sugar Baby who believes she was abused to another who enjoys an unlimited credit line for entertaining a number of high profile men.

Like most things in life, the Sugar Life will be fun for some people and horrible for others. Websites designed to facilitate Sugar Matches do offer some protection, but participants should always be sensible. Taking precautions similar to those before going to meet any stranger is plain common sense. Setting expectations and having the confidence to stay within your own personal boundaries is also important.

Rich Men – How to find a rich men