Am I a Sugar Babe?

I’ve been thinking a lot about the sugar babe phenomena recently. I don’t know what to think about it. This site I found, my-sugar-daddy.com, is all well and good but all it does for me is make me feel old. Once upon a time I might have been a sugar babe now I’d need to add a few zeros to my bank balance to be called a cougar. What is the word for middle aged and relatively poor women? Old, I guess. This, therefore, tempers my whole approach to this sugar babe thing.

What makes a sugar babe

The stuff I’ve been reading on this is fairly clear and it makes me feel like feminism has been taken out behind the coal sheds and shot. A sugar babe is a sexy young lady who wants to date a rich old man. We used to call those gold diggers when I was young. I don’t blame the blokes. Every guy I’ve met and dated have shared one characteristic in common and that is that they are all teenagers stuck in whatever body they have. Blokes are governed by their dicks and the poor souls can’t help themselves. So you’re hot and show an old guy some attention and he won’t hesitate to shower you with gifts.

We didn’t call a sugar babe a gold digger when I was young we called them hookers.

Could I be a sugar babe?

I’ve just realised I might have been a little rash. I sleep with my old fart because I love him. I suppose I’ve got to at least recognise that these young ladies may actually marry for love. 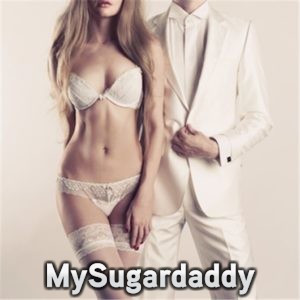 Can a sugar babe be in love?
I suppose it is possible but it seems unlikely to me. I work with twenty something women in my office and they are like aliens to me. I can have a nice chat with the blokes my age but even though they are governed by their dicks they too often stand open-mouthed trying to figure out what the hell is going on with these beautiful creatures. Why does every sentence sound like a question? Why do they duck face? Why are they orange? What is the attraction of an Ugg boot?

If I were a guy would I have a sugar babe?
I’m not sure I want to answer that!